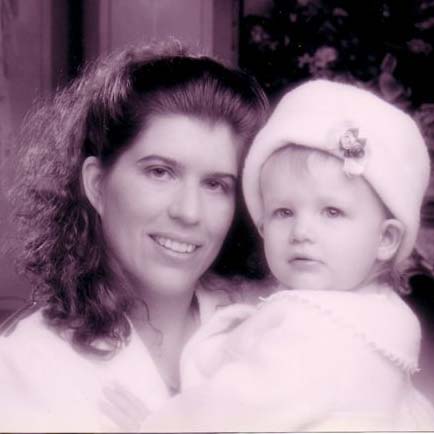 It started with little things.

“She was really pale and not herself and out of the blue, she developed night terrors,” said Marcia Jacobs of the symptoms her daughter Anjuli began to experience in May of 2000, six months before the little girl’s fourth birthday.

Lethargy followed. Along with difficulty eating, eye problems and headaches. Then, the symptoms grew worse. Anjuli, an even-tempered blonde sprite who lived for tea parties, ponies and princesses, began to have temper tantrums. She also started vomiting and tripping and falling. Soon, she couldn’t walk a straight line.

Jacobs took her daughter to several doctors, each of whom offered different diagnoses: a stomach virus, strep throat, an eye condition known as Duane’s syndrome. But after an ER visit and an MRI in October 2000, the devastating truth was revealed: Anjuli had brain stem glioma, a rare, deadly and inoperable brain tumor. “I didn’t even know kids got brain tumors,” said Jacobs of the day she heard the news. “I thought it was something only old people got. The world just went white.”

Jacobs took Anjuli to Seattle Children’s Hospital for treatment. There, she met Dr. Jim Olson, a pediatric brain tumor specialist and researcher at Fred Hutchinson Cancer Research Center. “Dr. Olson was calm and caring and totally genuine,” said Jacobs. “He wasn’t wearing a white coat. He didn’t just launch into doctor speak. He was like a normal person.” Olson, who’s treated children with brain tumors for more than 20 years, said he immediately felt a connection with the 4 year old.

“She was an adorable child,” he said. “Like every child I take care of, I fell in love with her." Most people who came into contact with the little girl did.

“She was this little ray of sunshine,” remembers her mother. “Beautiful and radiant. And she had a beautiful spirit, too. Everyone doted on her.” A girly-girl who loved dancing, dress-up and Disney princesses, Anjuli had “piles of friends,” many of whom would line up to give her hugs whenever her mother dropped her off at day care. “They’d mob her,” said Jacobs. “It would happen a couple of times a week. The teachers said they’d never seen anything like it.”

Anjuli also loved helping out in the garden, often eating cherry tomatoes right off the vine. “She loved to eat healthy food,” said Jacobs. “Broccoli was her favorite. She would want it in the morning sometimes. I’d use it as a bribe. ‘If you’ll eat a little more chicken, you can have some broccoli.’”

She was also very loving, said her mother. “She would put kisses in people’s pockets,” she said, “She’d blow them into someone’s pocket and say, ‘Kisses for later.’”

Anjuli went through months of treatment at Children’s, undergoing radiation, chemotherapy, a Phase I clinical trial and more. But nothing helped, not even the prayers that poured in from friends, relatives and strangers across the country.

Anjuli died on June 22, 2001, less than two weeks after she and her family visited Disneyland, courtesy of the Make-a-Wish Foundation. “She could barely see, barely hear, barely talk and she couldn’t even breathe on her own,” said Jacobs. “But she got her wish. She got to meet Cinderella. And she died 11 days later.” Creating new hope

After her death, Jacobs set up a small endowment in her daughter’s name through Children’s Hospital to help fight brain stem glioma, one of many efforts she’s made to raise funds and awareness for pediatric and adult brain tumors.

Anjuli also became the first of Olson’s patients to donate her tumor to science so researchers could learn more about the deadly cancer. “Anjuli’s mom recognized the value of being able to do research on brain stem glioma,” said Olson. “She was the first to say, ‘We’d like to have tissue taken following Anjuli’s death to be used and shared with other researchers to learn more about this devastating disease’. That began a program we’ve had ongoing since then. Many nights I’ve joined families at the morgue so we could create new hope for people in the future.”

Project Violet is a big part of that new hope.

“When I heard about what Dr. Olson was doing with Project Violet, I thought, ‘This could do it,’” said Jacobs. “What he’s doing is innovative and hugely important. I think a lot about the kids who are going to be diagnosed. Tomorrow, there will be a kid diagnosed with this. And they all die. I can’t stand it.”